Blending A Family Together

Adoption By Same-Sex Parents In Texas: Three Things You Need To Know

The number of adoptions by same-sex couples has tripled in the United States over the last decade, thanks to changes in legislation and more liberal social attitudes. As such, you may want to give up your baby for adoption to a same-sex couple, but you may not understand how the law works in Texas or if the process is different for gay adoptive parents. Learn more about the adoption process for same-sex couples in Texas, and consider the three important facts.

Same-sex adoption is legal in Texas, but these parents face legal hurdles

Legislation for same-sex couples continues to change across the United States, and the situation is no different in Texas. The state has held a long-standing ban on gay marriage, but in 2015, the U.S. Supreme Court overturned this legislation, ruling that states could not stop marriage for same-sex couples.

That aside, fundamental changes in legislation can take some time to influence other aspects of the law. As such, the law concerning same-sex adoption in Texas has not yet changed following the Supreme Court's ruling about same-sex marriage. Texan law does not forbid adoption by same-sex couples, but prospective parents may still face multiple hurdles.

Same-sex parents undergo the same scrutiny as other couples

Adoption agencies in Texas rigorously scrutinize couples who want to adopt children, and same-sex couples must undergo the same screening process as anyone else. Like other couples, same-sex adoptive parents must:

Subject to approval, same-sex parents will then need to compile an adoptive family profile. This will normally include a letter of introduction that the birth mother and father can read. As such, it's important to remember that you can always decide if possible same-sex parents are the right match for your baby.

The adoption process doesn't end when your baby is born. Adoptive parents must wait for at least six months before the couple can finalize the adoption. During this time, the adoption agency will make at least five post-placement visits. These visits will confirm that the parents and child are settling in well together.

Same-sex parents technically need more post-placement visits. This situation occurs because children adopted by same-sex parents in Texas normally still have two birth certificates. As such, the state recognizes two adoptions and will conduct post-placement assessments separately for each parent. Some attorneys can help same-sex couples overcome this challenge, but some adoptive couples decide to accept the issue and put up with the inconvenience. It's important to understand that these extra visits are a legal hurdle and not a reflection of the court's view of the adoptive parents' abilities.

Adoption by same-sex couples is increasingly common across the United States, and many couples now consider giving up their babies to gay parents. Talk to an adoption agency or try this out for more information and advice. 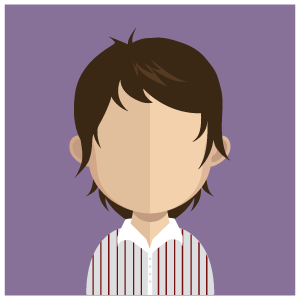 When my mom died, I knew that things would never be the same. However, when my dad decided to get remarried, I realized that it was an opportunity to get to know a new family and make them a part of ours. However, that was easier said than done. I realized that my stepbrothers and stepsisters weren't as interested in blending our families together, which made things uncomfortable and awkward. To make things right, I decided to encourage my family to invest in family counseling, and it really paid off. We were able to learn how to get along and be peaceful, and within no time, we were able to make things work. Read more about blended families here.